Ms. Arceli G. Yebes and Ms. Ma. Adelfa N. Lobres, Research Coordinator and In-charge of DNCRDPSC’s Plant Pest and Disease Diagnostic Laboratory, respectively, facilitated and managed the two-day activity.  They demonstrated to the participants the step-by-step process in mushroom culture such as preparation of potato dextrose agar, grain spawn and substrates for different species of mushroom and the techniques on how to care and maintain mushroom cultures and culture beds. On the second day,  each participant did a hands-on practice.

After the 2 days training, the 12 participants who were mushroom enthusiasts and growers in Davao City were able to prepare their culture media, grain spawn  and fruiting bag substrates. 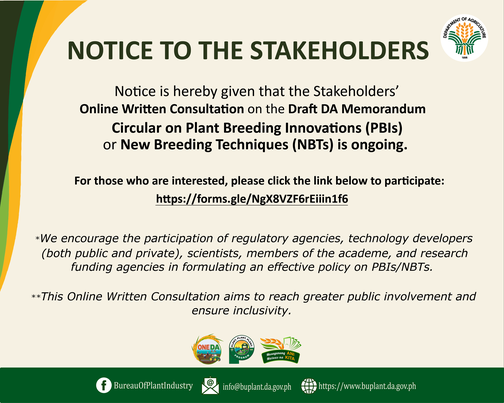 Training-Seminar on Major Diseases of Banana and their Management with Focus on Fusarium Wilt Held at BPI-DNCRDPSC
Monday, 04 April 2016


Training-Seminar on Major Diseases of Banana and their Management